It's not all doom and gloom!

After my initial posting of this, I thought there was a little too march 'darkness' in it, probably something to do with that old 'black dog' still luring around the periphery of my consciousness. SO, I just wanted to do a list of things I loved experiencing and/or that I am proud of.


I offered to write this AGESSSSS ago, and have been pondering what on earth to write ever since. So here goes, a potted biography of me and my journey to 'teacher'.

Home is where the heart is #clicheklaxon

The majority of my growing up, or at least the bits I can remember most clearly, was done in Pembrokeshire.  If you're not familiar with this particular 'shire' then it's the peninsular at the VERY South West of Wales. You cannot get any more South West in Wales then Pembrokeshire. Fact. It is a rural community whose industries are farming and tourism, and not really a great deal else.  It is however, exceptionally beautiful. In my memory, I think of it as very much like "Hobbiton": 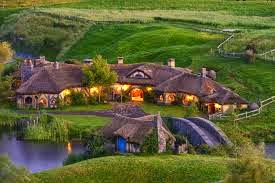 Lush emerald green, quaint, a little bit peculiar, perhaps rather romanticised since I have been living in the Midlands these past *gasp* 20 years (that does go to explain my Midlands twang, which I am less than fond of).

I grew up just 4 miles from this beach:
Picture from 'empireonline'.

Freshwater West Beach, which as you can see, is the location for Shell Cottage from "Harry Potter and the Deathly Hallows Parts 1 & 2".  Pre-driving days, I used to cycle to it often.  I drove to it recently, and was rather astonished at the hilliness of the route, so became confounded as to how my teenage legs ever coped with it. I remember, as I drove up to the beach after over 10 years of not visitiing it, tears pricked my eyes due to a mix of its sheer beauty and fond but painful memories of home.
I grew up in this pub, The Speculation Inn: 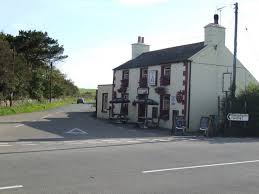 "Ahhhh, growing up in a pub, how thrilling!" you say.  Well, no, not quite.  Mum and dad worked like pit donkeys to keep the place going, very rarely made anything resembling a profit and money was always tight, to the extent that dad took on a second job, doing his original profession of "Chemical Engineer" (Big plumbing, with nasty chemicals as far as I understand it) at the local oil refinery - which on at least two memorable occasions - blew up; more accurately, bits of it did. The first occasion was a massive round tanker of oil; the second was the 'Cracker'. Each time what seemed like the ENTIRE Welsh fire service 'Ne naaaaaed' past our pub in order to put it out. On each occasion I think it took about 3 - 4 days.  When the Cracker exploded, it shattered numerous house windows in Milford Haven, the opposite side of the estuary.
Nearby was Castlemartin Barracks, so afternoons were often punctuated by the sound of tankers practising on the firing range.  Not as peaceful as the pictures might lead you to believe.
The coastline is just spectacular, Stack Rocks and the chapel of St. Govan were favourite places to go on a stormy day. There's nothing quite like the sight and sound of ginormous waves crashing against an ancient cliff-face.
Picture from: marlaine.com

Gwen
In a nutshell. In my 10th year in the classroom, teaching in my third secondary school. A main-scale teacher although I have dabbled in middle management. The purpose of the blog, an eclectic mix of teaching ideas, anecdotes advice and ponderings about being an English teacher in a secondary school. Started due to lots of great Tweachers on Twitter who also blog, encourage and inspire. Chief editor is @Xris32.